Lots of people from France have been viewing my blog this week!

Continue visiting my blog and don't forget to comment!

If i have made any mistakes, excuse my French, I am just learning.

The Diary of Amos Lee - A review

I would like to give this series  4 and a half stars out of 5 as my rating.


The Diary of Amos Lee


The Diary of Amos Lee is a series of books written by Adeline Foo. The books in this series are:
1. I sit, I write, I flush
2. Girls, Guts and Glory
3. I'm twelve. I'm tough, I tweet

The diary of Amos Lee is about a a 12 year old boy whose mother tells him to write a diary when he goes to the toilet to improve his multitasking skill etc.

Amos Lee is the main character with Alvin and Anthony- his friends. He has a sister whom he calls WPI for Whiny, Pesky , Irritating.

The illustrations are funny, the story line is wonderful, the books are full of delightfully disgusting stuff.

This book is great for 5 - 9 graders and even older people with their sense of humour intact.
I recommend this book for all wimpy kid fans and others who want to just take a break from serious stuff and try something new.

I LOVED this book and i would like to say that my friend and I spent our library hour at school by trying to hide our giggles and disgusted faces from the librarian when we read these books.


( this series lost half cos I haven't seen anyone give anything full stars in a review.)


Read and enjoy!
Don't forget to give me your comments about this series and about my review!.
Posted by Minnal at 21:05 5 comments:

I have updated my blog's look a lot. The old look was VERY Boring.

Anyway don't forget to Read , Comment and Tick!
By tick i mean give me your reaction by ticking one of the three boxes below each post. 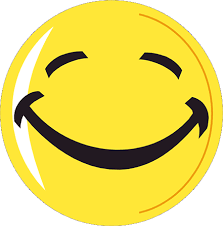 
TO MAKE ONE INVISIBLE 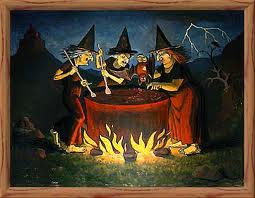 Chant, Chant with an evil grin
Entrails* of a cockroach throw it in
Spoonful of pyramid sand
Cheese buried in thousand year old land
Chink of brain and eye of a mouse
Fungus from the haunted house
Tongue of a snake and whiskers from a rat
Fang of a vampire, wings of a bat
Feather of a phoenix, Unicorn’s horn
Wrappings of a mummy which isn’t torn
Fire rise and stir it nice
We want more mischief and malice
Pit viper’s venom, claws of an owl and Frankenstein’s fingernail
To the chopping board go
Skin of an earthworm, A witch’s broom and hairs from a werewolf’s tail
Into the potion go
Bit of molded bread filled with dread
Moustache of the invisible man
Into the cauldron go
Foul smell grow and grow
To make this potion we have paid a price
So hide us from prying eyes
Fire rise and stir it nice
We want more mischief and malice
*Entrails: Intestine I wrote this poem in the style of Shakespeare(Macbeth-Double, Double…)
Posted by Minnal at 19:59 10 comments: